Extremely happy to be doing a second shirt for these two labels’ collaboration.

Hikaru and Toby both give just the right amount of information I need in order to be able to expand on the concept while crafting exactly what is required. The first collab was a tribute to the work of Mad Marc Rude (and more specifically, the ‘Earth AD’ cover he did for the Misfits) and payed tribute to various influences which I was asked to portray, while freely  adding elements, influences and tributes of my own.

This one was initially informed from 3 obscure toys found by Hikaru which are the three figures depicted center stage. The aesthetics, layout and concept of a Disorder as well as a Crumbsuckers album cover were then mangled up with some of my own favorite toys as a youth – they are mostly in the background and needless to say I really enjoyed adding a Savage Mondo Blitzer in there. There’s even that goofy T-Rex I used to play with as a kid. And of course, there’s something secret in the center – let’s just say someone needed to see some far away places.

Here’s a link to the shirt although it has apparently sold out from bXh. 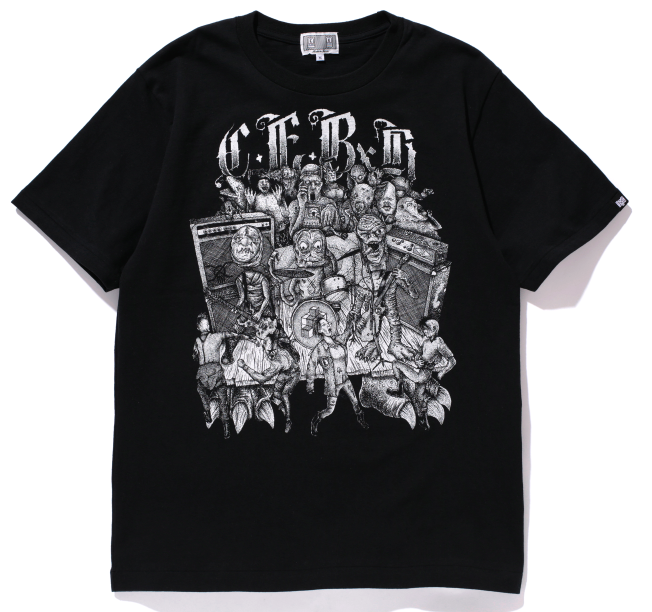