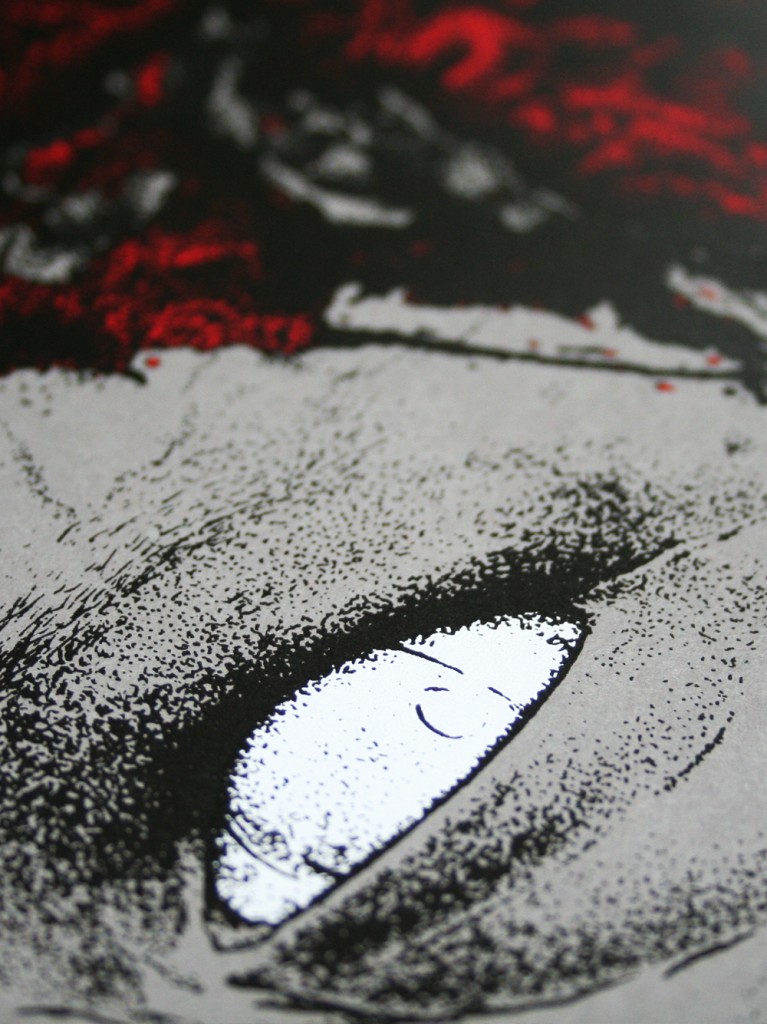 Extremely happy to take part in Hero Complex Gallery’s Stephen King inspired show which opened yesterday in LA. Lots of amazing work there. Adam Smasher destroyed, great job through and through and I can’t thank him enough for having me onboard. 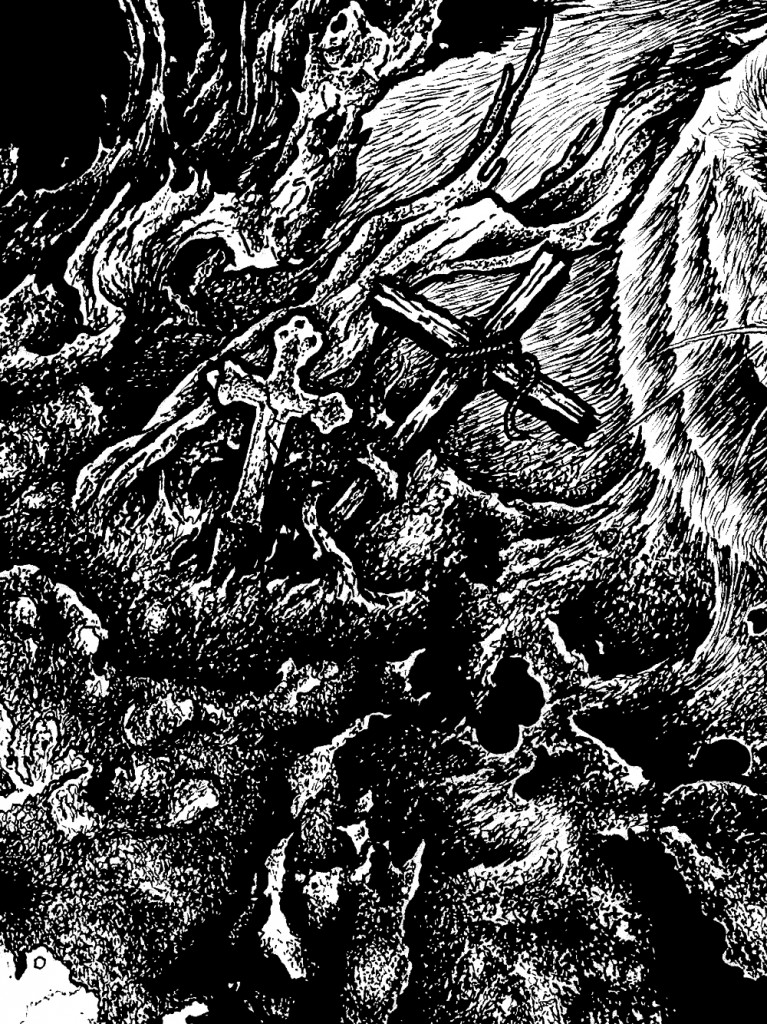 Special note, my prints were on the same wall and just a print apart from Drew Struzans originals – this will be mindfucking me for days, in the best possible way.

Both regular and variant versions of my prints are available here 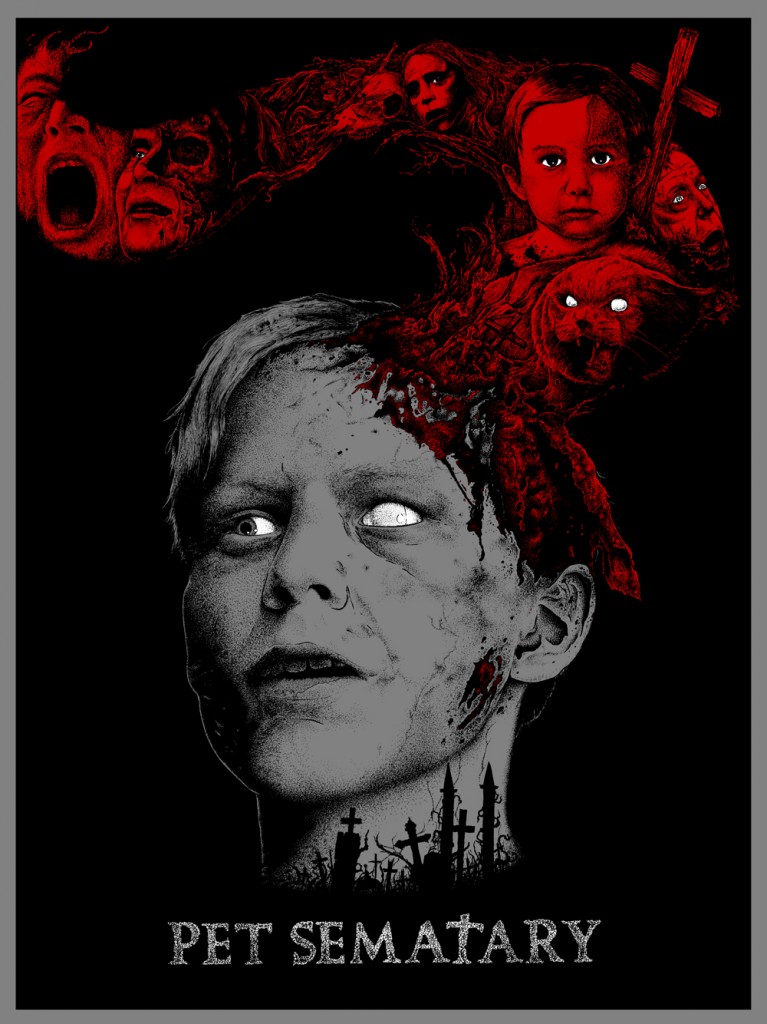 The regular version is a 3 color screen-print on classic grey pewter crest paper, signed and numbered at a limited run of 50. 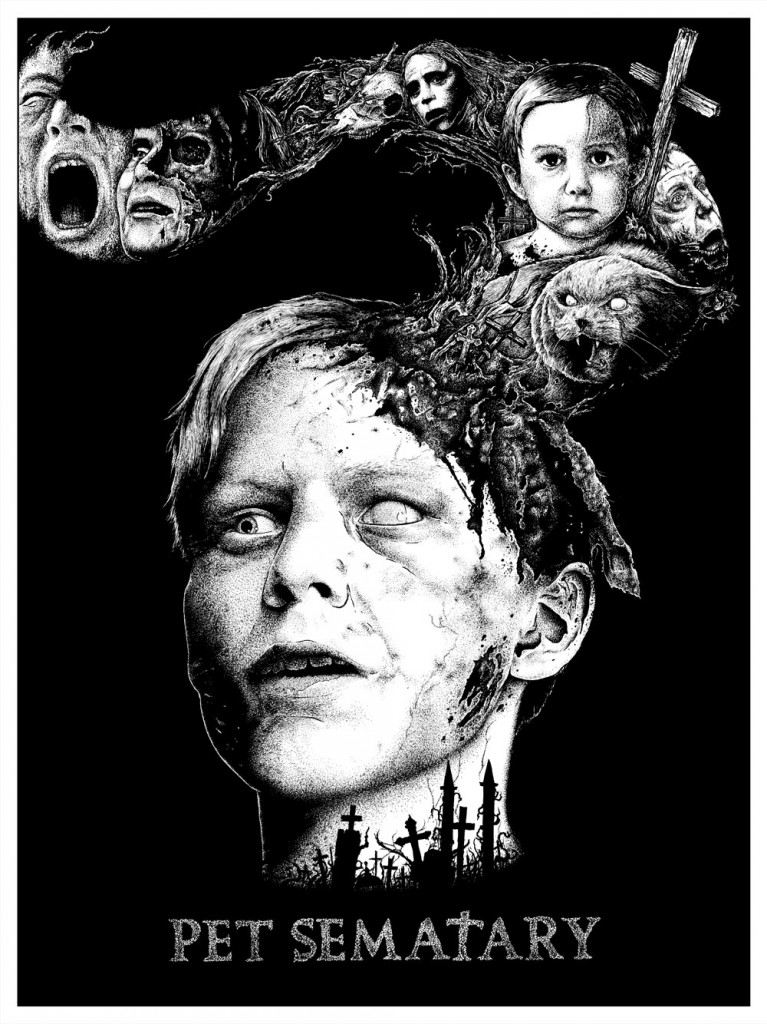 The blackline variant is a 1 color screen-print on thick white stock, signed and numbered at a limited run of 10. 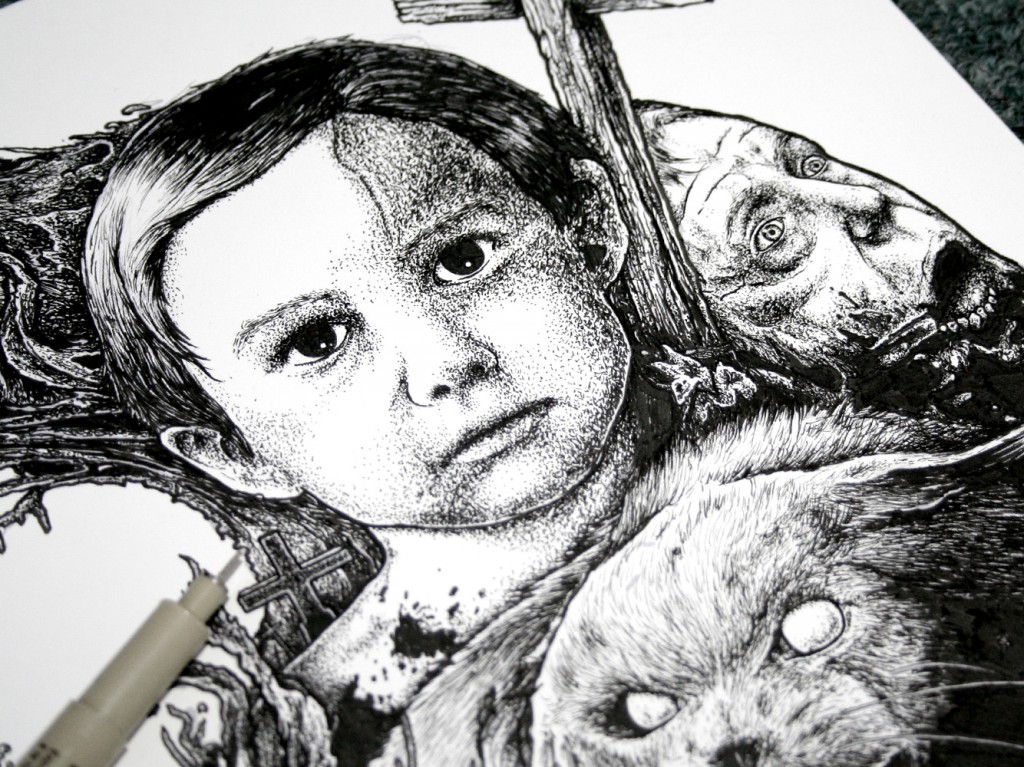 Some words on the piece –

I was raised amongst towers of Stephen King paperbacks, my mother unknowingly warping my mind forever with terrifying hand drawn covers and horror stories bearing inside the dark secrets of Derry, Castle Rock and darkest of all, Ludlow. Nobody had warned her, or me. Unlike the characters in the novel and film adaptation of ‘Pet Sematary’. Although the iconic Jud Crandall may have tried hard to warn poor Louis Creed, few personas in pop culture rival the impending doom that emanates from Victor Pascow’s crushed head. The film offered us a vivid image – an unflinchingly detailed vision of biological grimness along with eyes that “were vacant, not-seeing, rimmed with blood: the mouth grinning the large grin of a dead carp”. Terrifying at first, he then lures us in with a sense of calm. He knows how to help. He is a totem for what is to come. We’ll be alright. No, we won’t. That is how I wanted to portray him – a totem of impending doom, trapped between soil and air, as horrifying as life and as calm as death, warning of human error and foreshadowing the perils of grief, with grinning futility.

Full circle. It was easy choosing Pet Sematary – taking a pen and inking out the deathly images of Zelda, Gage, Church and Rachel may finally appease Victor Pascow, heeding his warning and get him far, far away from my dreams.