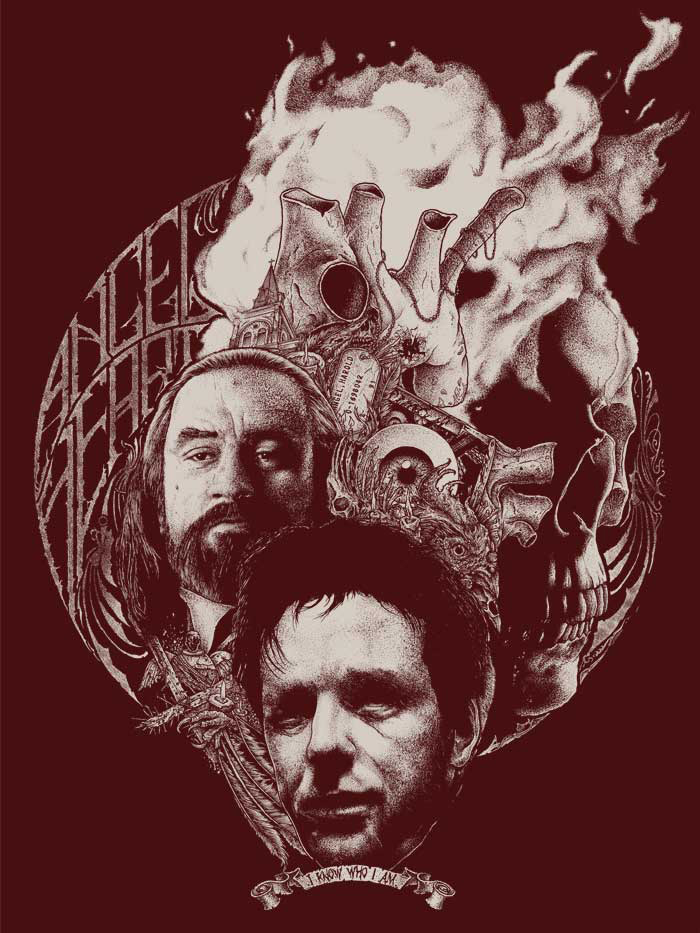 “Alan Parker’s 1987 horror-noir has always been a high priority resident of my “list of films I need to make posters for”. As an underrated movie, barely any alternative posters seem to have been made for it. Which is odd, as the movie boasts powerful visuals, vast thematic depth to pull from and a very interesting overall aesthetic. It’s essentially what I like to call “identity horror”, wherein the true horror takes places in the protagonist’s mind as he slowly discovers himself. All this wrapped up in a sweaty, bloody and dirty film-noir puzzle that we slowly piece together along with Harry Angel. This process is what I wanted the poster to work upon. The main burning heart illustration is made of objects which play a prominent role in how Harry Angel begins to delve deeper into his mystery. The dog tag, the voodoo candles, the egg, the feathers, the eyes, the straight-razor, the elevator – all unlocking the full picture. As the show this is made for is focused on famous quotes, I have also used what I thought was both the most iconic and suitable quote from the film: “I know who I am”. Everything is hand drawn with .005 to .08 Microns on bristol board, at actual print size of 18×24, then colored in digitally to prepare for screenprinting.”

Available here, it is an 18×24 inch screenprint, strictly limited to a run of 50 and was done at D&L screenprinting. 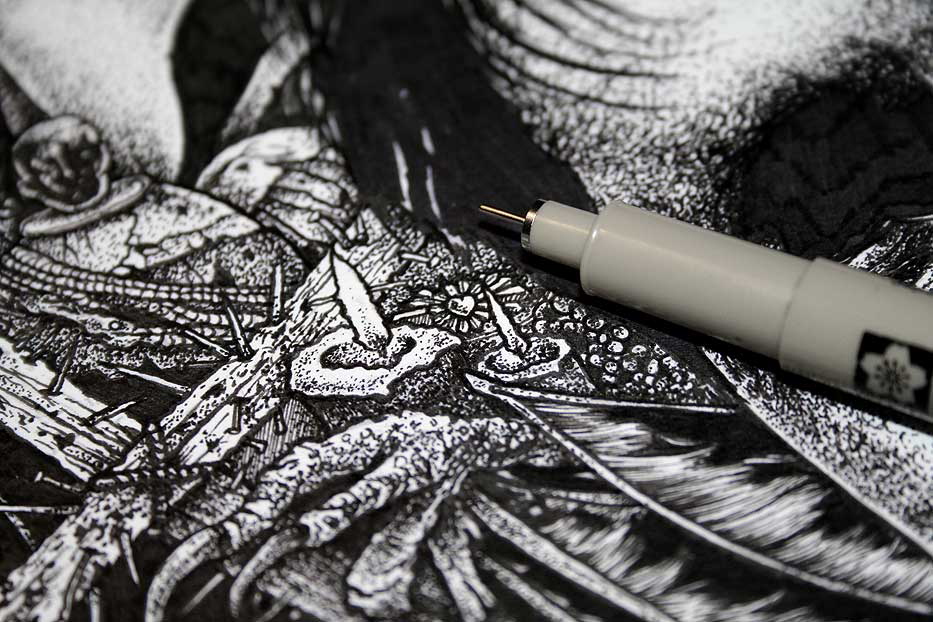